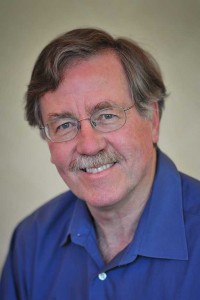 BANFF – Canada’s first research facility for monitoring carbon dioxide and other fluids injected underground will be developed in southeast Alberta, after a Calgary-based oil company donated access to its land for the field research station.

Carbon Management Canada, a national network of university researchers focused on reducing industrial greenhouse gas emissions, is spearheading the effort – along with the University of Calgary – to build the research facility.

Called the Containment and Monitoring Institute (CaMI) Field Research Station (FRS), the facility will be located near the city of Brooks in the County of Newell, on land owned by Cenovus Energy.

Field Research Station first of its kind in Canada

CaMI hopes to drill the first greenhouse gas-injection well at the site this summer and have the entire facility operational within two years, Don Lawton, director of CaMI, told the organization’s fourth annual scientific conference, held at The Banff Centre.

“The CaMI Field Research Station will be the first facility of its kind in Canada to have carbon dioxide injection and monitoring, as well as capability for the monitoring and secure containment of fluids in the subsurface and the testing of new seismic technologies and methods,” Lawton, leader of Carbon Management Canada’s secure carbon storage theme and a geophysics professor at University of Calgary, said in an interview.

Cenovus Energy has for a 10-year period donated surface access to land it owns for the facility, along with access to the subsurface geology and the company’s seismic data for the area, he said.

In return, Cenovus will have access to new seismic data collected by researchers at the site.

“Cenovus has been very supportive,” Lawton said, adding that the not-for-profit research network could not have afforded to buy or lease the land required for the research facility.

The CMC network will need approval from the Alberta Energy Regulator to drill a total of two injection and two observation wells at the site, but Lawton said that discussions with the regulator have been positive. “I firmly believe that the outcomes of the research will be very valuable for the regulator.”

The CaMI facility will be able to track and quantify the injected carbon dioxide plume in the underground rock formation and detect any migration of the CO2 through the overlying cap rock into shallower aquifers, or a release into the atmosphere.
The facility also will conduct research and development on new subsurface monitoring, measurement and verification technologies required for Alberta’s fledgling carbon capture and storage (CCS) industry.

Alberta and Canada have identified CCS as a key technology for reducing the province’s and nation’s greenhouse gas emissions. The Alberta government has committed a total of $1.5 billion over 15 years to build two large-scale commercial CCS projects.
CCS projects will require best-available monitoring technologies to ensure none of the injected CO2 leaks to the surface, but remains permanently stored or “sequestered” underground for up to hundreds of years.

The CaMI facility “will help those commercial projects in terms of monitoring and understanding what happens to fluids” injected underground, Lawton said.

“New business and technologies will be needed not only for regulatory compliance but also for leak detection mitigation, (leak) source identification and crucial performance validation to drive the improvement of processes and to alleviate public concerns about technical safety,” CMC says on its website.

Lawton noted that CaMI’s R&D can also be applied elsewhere, such as in the steam-driven in situ oil sands industry to ensure underground steam chamber containment, in the shale gas industry to monitor hydraulic fracturing (including fugitive methane emissions and industrial methane contamination in groundwater), and other applications such as subsurface disposal of process water and acid gas.

CaMI will partner with the University of Calgary and others to develop training programs at the facility for graduate and undergraduate students, as well as commercial training for industry scientists, engineers and technologists.
Schlumberger Carbon Services has been contracted to develop and construct the infrastructure for the field research facility, with final well design and layout to be determined after initial modelling of the geological reservoir.

Lawton said the facility will likely be developed sequentially, with the first step being the drilling of a 700-metre deep well for controlled injection of CO2 and other fluids into an underground sandstone formation overlain by shale cap rock.
CaMI will be designed to inject relatively small amounts of up to 1,000 tonnes of CO2 per year – possibly with small amounts of methane or other tracers – into the subsurface at depths of 300 metres and 700 metres.

In comparison, Shell’s Quest commercial carbon capture and storage project will inject more than 1 million tonnes of CO2 per year from the company’s Scotford upgrader near Edmonton, to depths of about 2,300 metres – about two kilometres below the deepest potable groundwater.

Research at the CaMI facility will focus on the geophysical, geochemical, geomechanical and geodetic monitoring of the subsurface gas plume (both CO2 and methane).

Near-surface hydrological studies will also be done, to better understand shallow groundwater systems, subsurface fluid flow near the surface, and to establish the fate of both the CO2 and the methane in an aquifer below approximately 225 metres depth – which is the local base of groundwater protection.

Lawton noted that rural residents in the area don’t obtain potable water from drilled wells, but have drinking water trucked in and stored in cisterns. There are three previously drilled water monitoring wells near the CaMI site.

“We’ll still be below the basic groundwater protection zone and not interfering with groundwater,” Lawton noted. However, the near-surface hydrological studies can be used “as a proxy” for what would happen if CO2, methane or another fluid actually did get into groundwater.

Carbon dioxide for the facility’s injection program will initially be obtained from industrial sources. But researchers plan to deploy a novel solid oxide fuel cell onsite that will produce CO2 along with clean heat and power for site operations.

The CMC network been looking for a site for the facility for the last five years, after an initial plan to build the research station on a parcel of land donated to the University of Calgary near Priddis, southwest of Calgary, was cancelled. Consultation with area residents, including the Cross family who donated the land for conservation purposes, convinced researchers to look for another site because the research facility was deemed to be inconsistent with the intent of the original land donation. The proposed initial site also was close to the Ann and Sandy Cross Conservancy Area, which raised concerns about possible impacts on the wildlife corridor and ecological habitat.

The new CaMI facility site in southeast Alberta – in addition to securing Cenovus Energy’s collaboration – has received a letter of support from the County of Newell.

“It feels fantastic” to finally get started on the facility, said Lawton, who has been appointed director of CaMI for five years.
Researchers from industry, academia and from the CMC network across Canada and internationally will be able to take part in research at the facility, he said.

CMC is inviting partners to help develop CaMI through sponsorship, contract R&D arrangements and other collaborative mechanisms. Applications that will be possible at the research facility include:

For more information about CaMI, contact Don Lawton at 403-210-6671 or email: don.lawton@cmcghg.com